The Lamborghini Countach is, without a doubt, one of the most iconic cars ever made. Its design is so beautiful that it can make even the most formidable men weak in the knees. This car has been around since 1970 and still looks as good today as it did back then.

Here, I will go over everything there is to know about this classic vehicle, including its history and design changes over time. I will also talk about why this car was so popular back then and what makes it stand out from all other supercars today. 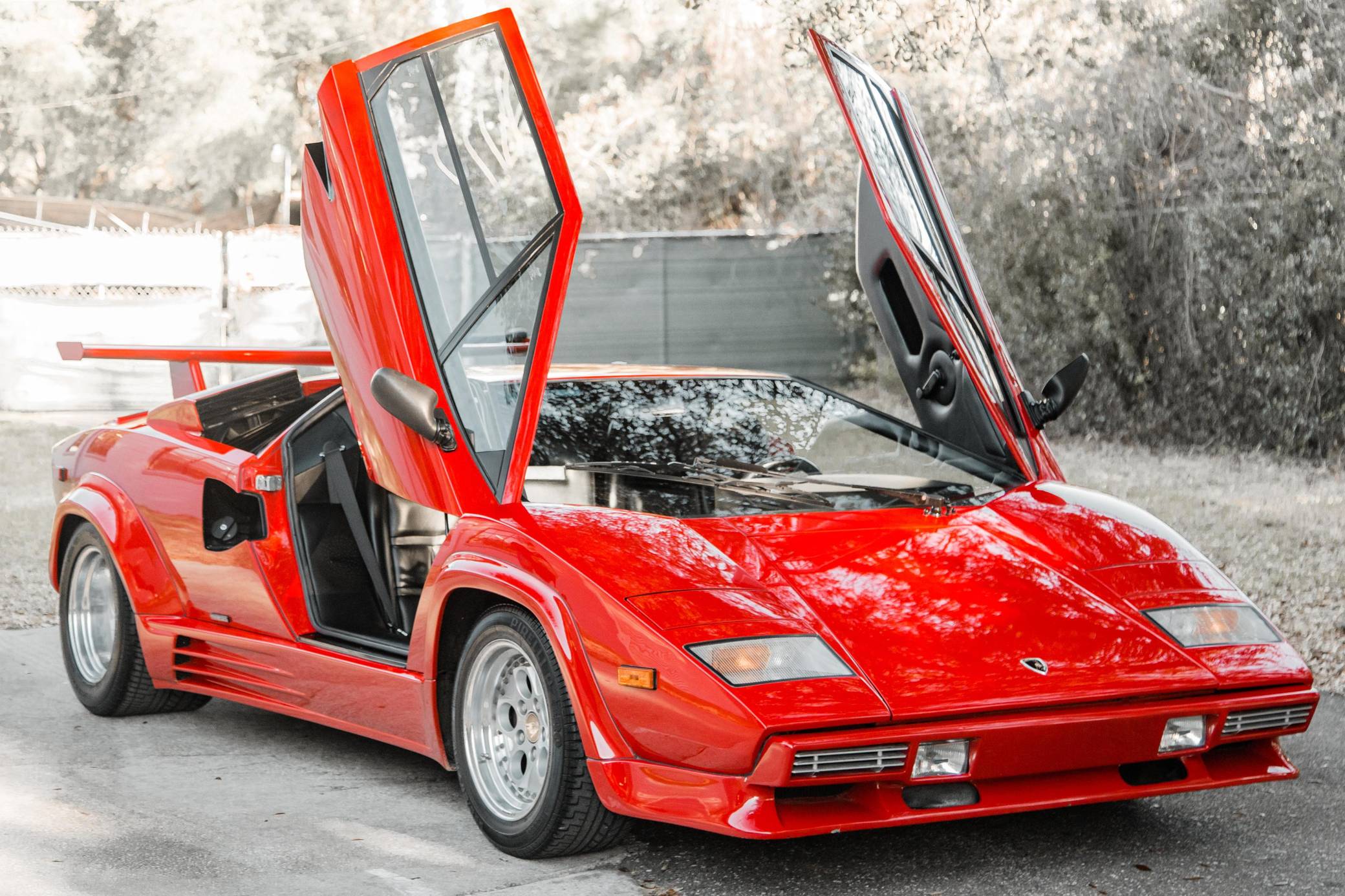 In 1970, Lamborghini’s chief engineer Paolo Stanzani and associate engineer Massimo Parrenti joined forces with designer Marcello Gandini and test driver Bob Wallace. They wanted to create a new car that would transcend the high standards of the Miura.

The project was the “LP112,” and its prototype originated in 1971. It was later called the “Countach.” The name comes from the word “contacc,” an exclamation of astonishment in the Piedmontese language. The proper way to pronounce this Lamborghini’s supercar is “koon·taash.”

Production of the Lamborghini Countach started in 1974 and lasted until 1990. The company only produced 2,049 units. It was a car that demonstrated Lamborghini’s care for design as well as performance.

The Build and Design

Marcello Gandini, who also designed the Miura and Espada, spearheaded the design of the Lamborghini Countach. The car’s design has unusual features like a wedge-style body and doors that swing forward. Its rearview mirror features a periscope.

The layout of Countach is longitudinal, rear mid-engine, rear-wheel drive. Its low, slender, and dramatic appearance established a new benchmark for an Italian supercar. The inside is full of geometric shapes that echo the outside lines. 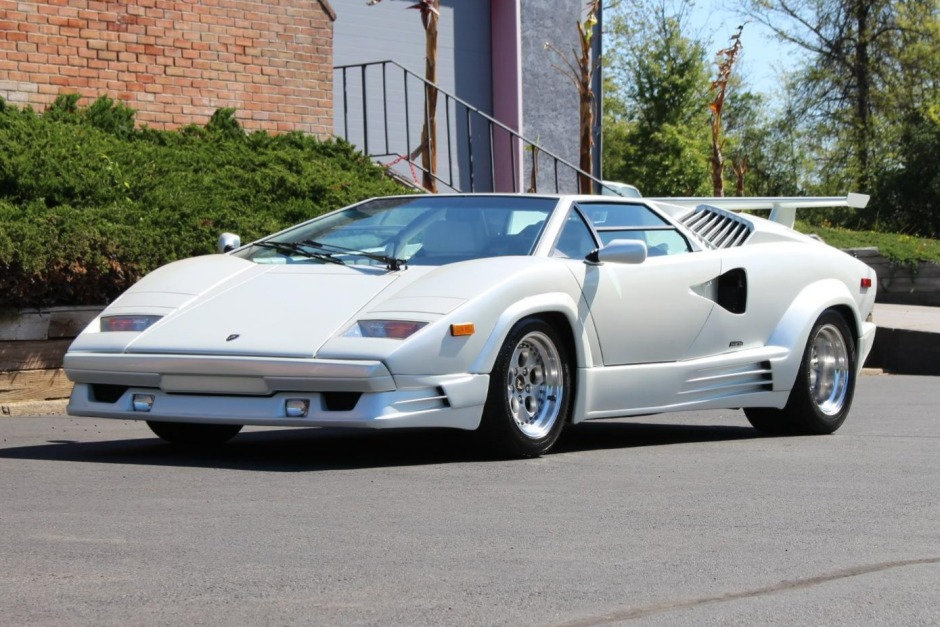 The Engine and Transmission

The Countach has a 3.9L – 5.2L Naturally Aspirated V12 engine. The gearbox and clutch are in front of the engine, which is horizontal to the other components. Lamborghini initially intended the engine to be a 5-liter V12 with 440 horsepower. Reliability issues and overheating prompted the company to settle on the reliable 3929cc V12.

A driveshaft inside the dry engine sump is responsible for sending power back to the rear wheels. This configuration has enhanced front-to-rear weight distribution. This feature is to support better handling and more precise gear changes.

The vehicle has a five-speed manual transmission. It reaches its top speed of between 158 mph and 185 mph between 5.9 seconds and 4.5 seconds.

The Lamborghini Countach is, without a doubt, one of the most iconic car designs in history. It has become a lifestyle icon and a symbol of mid-twentieth-century design. This vehicle changed the auto industry. Lamborghini produced the supercar in five different models during its 16-year production run.

The first model of the Lamborghini Countach is the purest in appearance. The 1974 model’s name is the “Periscopo.” This is due to its distinctive periscope-style rearview mirror configuration. It lacks the large scoops, wings, flares, and vents of later models. The most minimalistic car version is the LP400 Periscopo, which has a 4.0-liter V-12 engine.

The bodywork was steel with aluminum doors and a bonnet. There is no separate roof panel. Both bumpers are polyurethane foam covered by rubber trimming covers. These covers resemble bumper caps. They absorb impacts without damaging themselves or other parts.

The LP400 S was the least potent of all Countach variants, making do with a less powerful engine. It had smaller wheels and lowered suspension. It was also slightly different in appearance.

This model had wider tires and more pronounced wheel arches. These things contributed to the development of the familiar Countach appearance.

The LP400 lost the Periscopo’s roof. The suspension changed as well. An air intake was also included to cool down its brakes and those on either side of its radiator grille.

The 1982 Geneva Motor Show introduced the LP500 S. A 5-liter V12 powers it. It had 50 more horsepower than the 4-liter engine. Performance hardly changed as a result of the car’s increased weight. 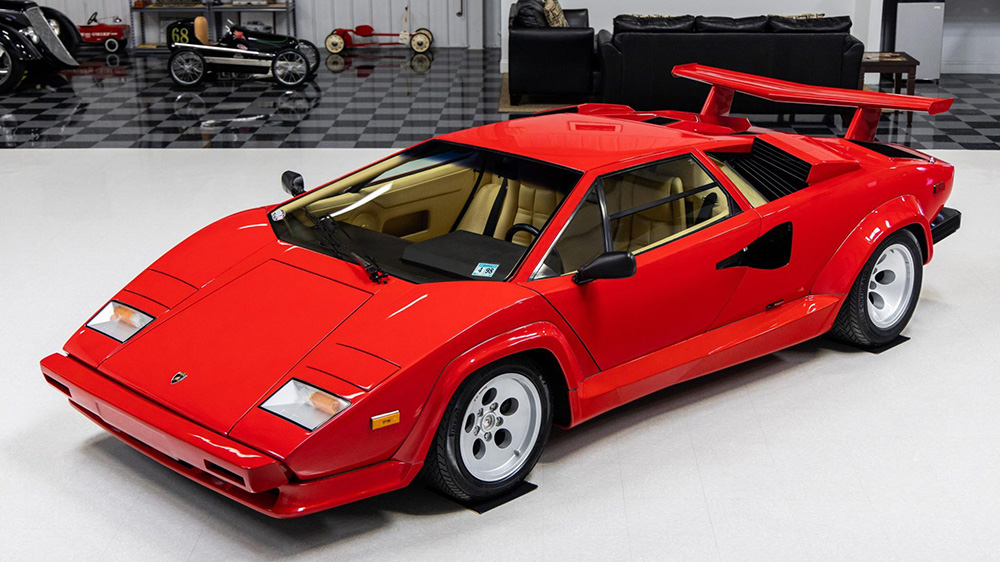 In 1985, Lamborghini Countach LP5000 Quattrovalvole (QV) came into action. The redesigned cylinder head, which had four valves per cylinder, gave the vehicle its name. It is often called the Quattrovalvole or QV.

The most significant difference was a 5.2-liter V-12 with four valves per cylinder. The LP5000 also had a bolder, chunkier design. This model was set apart from all other models from that era. The version made up for its predecessor’s shortcomings.

It was more aggressive than previous versions with an increase of 40 horsepower in the engine. It also had a new look and larger engine

The bodywork is carbon fiber-reinforced plastic (CFRP). The interior has leather seats with matching door panels. These panels feature square stitching on each side. The dashboard has wood trim that matches the inside of this beautiful vehicle.

The Lamborghini Countach is a car that will go down in history as one of the most iconic cars ever made. Many movies and TV shows feature the Countach. It has more notoriety than most other supercars could dream of.

The Countach was also one of the first cars with an aerodynamic design. This design would later become standard for all cars on the road. The Countach is still in high demand today, particularly the LP 400 of the first series. This is primarily due to the version’s iconic appearance.

If you’re looking for an iconic, classic car, you can hardly do better than the Lamborghini Countach.