Lamborghini has an impeccable reputation for designing and manufacturing some of the most sought-after luxury sports cars on the planet. So it makes sense for them to conquer another segment of the car industry: The SUV. That is where the Lamborghini Urus comes into play.

Like other Lamborghinis, the Urus is not a mass-produced vehicle. There have only been 20,000 made in the last four years. But it takes the concept of an SUV to a whole other level.

As with most new cars, the Lamborghini was first introduced to the world as a concept SUV. It was a feature vehicle at the 2012 Beijing Auto Show.

This “first draft” Urus came with the promise of an impressive engine (5.2 L V10) and an all-wheel drive feature. It also was highly acclaimed as it has one of the lowest carbon emissions among the other luxury SUVs.

The Urus got pitched as the perfect auto car for a daily driver who didn’t need for speed of the traditional Lamborghini. After its big introductory splash in 2012, the Lamborghini would officially go into production five years later.

The Lamborghini Urus went through various changes from concept to assembly line. The most notable change was in the final version of the engine.

Instead of the V10 engine, the Urus gets its power from a twin-turbocharged V8. That same engine design shows up in the Porsche Cayenne and Panamera.

The Urus goes from an impressive 0 to 62 mph in 3.6 seconds. It also has a top speed of 190 mph, showing that Lamborghini can’t quit its race car origins!

The Lamborghini Urus tips the scale at around 4,850 lbs. That makes it lighter than its nearest competitors, the Bentley Bentayga and Rolls-Royce Cullinan. This SUV’s lightweight frame comes from the carbon fiber reinforced polymer utilized in its body.

When you hit the brakes in the Lamborghini Urus, you will hit one of the world’s largest sets of ceramic disc brakes. The discs measure 17.32 inches for the front wheels and 14.57 inches for the back.

As for the Urus’ torque, it sends 40 percent to the front wheels and the rest to the back section. In addition, the Urus boasts rear-wheel steering and an air suspension system that is ideal for off-road use. But would you really take this ride off-road?

The Urus offers motorists several driving modes. These are as follows:

So you can drive your Urus just about anywhere and in any kind of weather. 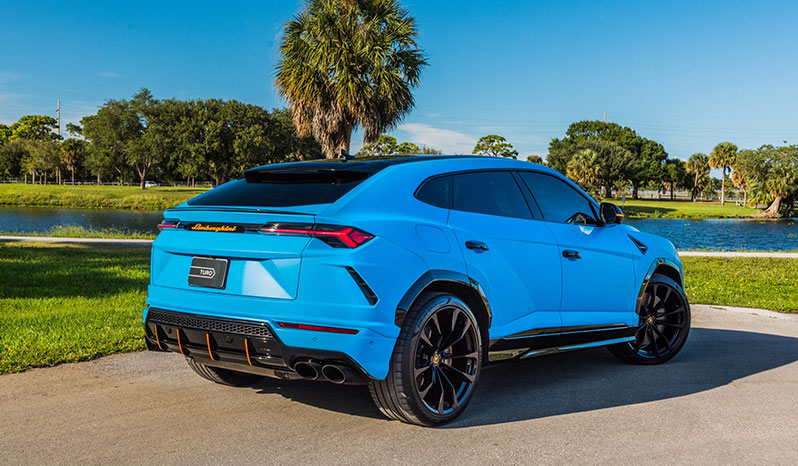 It wouldn’t be a Lamborghini if you couldn’t customize the ride. The most popular variant is the Urus Pearl Capsule.

This version of the Urus allows owners to choose unique color templates to match their two-tone Alcantara seats. The pearl paint for this auto is available in:

If racing is more your speed, then the Urus ST-X is the ride for you. This variant was built by the famous Squadra Corse Division of Lamborghini.

The non-street variant first showed up at the 2018 Lamborghini World Finals. It meets all FIA regulations as it has:

In addition to these impressive features, this version of the Urus comes with hexagonal racing exhausts and durable 21-inch alloy wheels. And it wouldn’t be a Lamborghini without Pirelli tires.

The Lamborghini Urus seats four people comfortably, and the primary dashboard screen splits in two. The touch screen’s top half allows navigation and audio controls. The bottom half of the screen is for all the climate controls.

Drivers can use voice commands that support both Android and Apple devices. There is a wireless charging station along with four 12-volt outlets. An optional add-on is an impressive sounding 21-speaker Bang & Olufsen audio system. 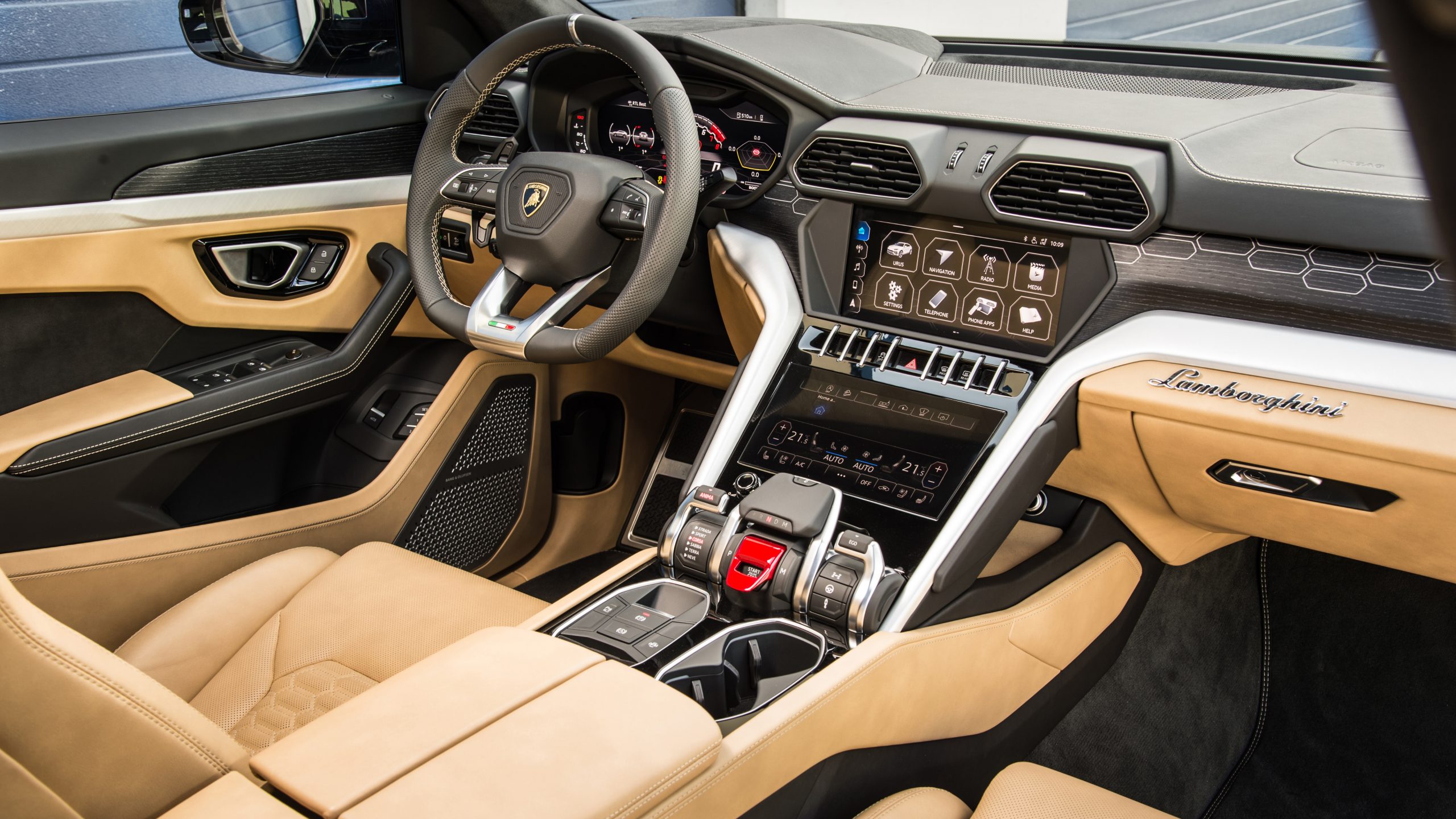 For storage, you can raise and lower the cargo area rear suspension. There is an optional second-row available if so desired. However, these don’t fold down.

Lamborghini is known for its high performance. The Urus builds on that reputation with diagnostic features like a vehicle status report that lets the driver see the car’s condition at any time.

The Urus comes with remote locks, horns, and lights. It also has a car finder feature that will never let you forget where you parked!

You will have real-time travel and navigation updates when driving a Urus. That includes instant updates for traffic lights, local hazards, traffic, and weather conditions.

You can navigate using a 3D city view and state-of-the-art satellite mapping. A Google voice search helps answer any questions when driving.

The Urus provides access to hybrid and online radio stations for entertainment when driving. You can also interface with your smartphone and even get the name of a song playing on the radio. As a bonus, the Urus acts as a personal Wi-Fi hotspot.

A Urus is a valuable automobile. That is why the Urus comes equipped with anti-theft alarm notifications, valet alerts, and online roadside assistance. There is also a stolen car locator that can help authorities find the ride promptly.

You can expect to have a 14-mpg fuel economy with the Urus. That is typical with SUVs running on 600-horsepower engines.

A Lamborghini Urus is a serious investment. The cost range is around $221,506 to $245,381. However, the packages and add-ons determine the final cost. When you add in taxes and other fees, you may pay a quarter of a billion dollars for a Urus. That is impressive by any standard.

The luxury Lamborghini Urus is yet another impressive car from the renowned brand. With its modern features and stunning aesthetics, the Urus is truly a dream car. Are you ready to take a test drive?